Mass media refers to media technology which is intended to communicate and reached a mass audience. The key function of a mass media is to communicate various messages through a television, radio, movies, advertising, magazines, internet and newspapers. 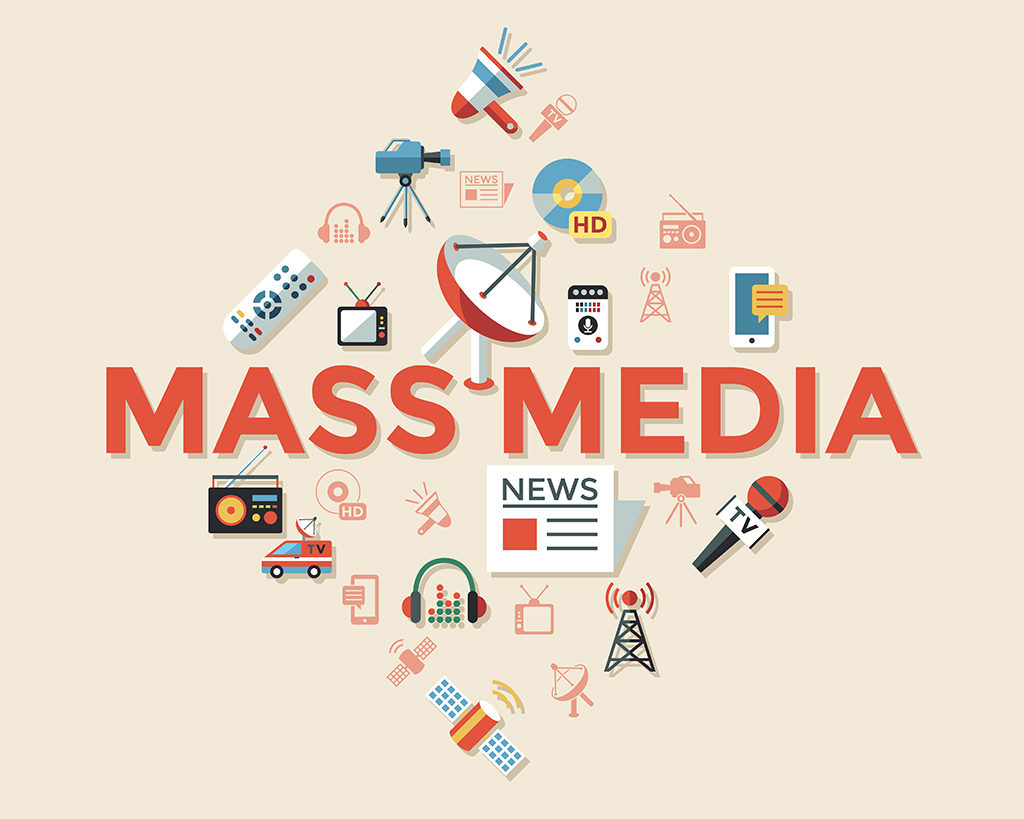 Mass Media comprises a wide range of media technologies and broadcast or reach over a larger audience through a mass communication.

Broadcasting is distribution of audio and video content to audience using the electronic broadcasting medium. Broadcast media allows news dissemination to even an illiterate person because it is appeal to both the visual and auditory senses making. it is one of the most effective type of mass media.

It is also known as OOH or Out-of-Home Media. outdoor media focussed on transmitting information and news when the public is outside their home.

Department of Journalism and Mass Communication